Tap into your adventurous side and discover the wild and authentic Iceland, exploring the South Coast and Golden Circle in a SuperJeep with a knowledgeable guide. Connect with the nature in Iceland, as you take hidden trails and find natural wonders in the wilderness. Make memories that will last forever, such as glacier hiking, ice cave exploring, and bathing in lagoons!

Flights to and from Iceland
Personal travel insurance (highly recommended)
Swimsuit and towel (for Secret Lagoon, rental possible)
Airport transfers
Any food/beverages not included in itinerary
Any service not specifically listed under "included" 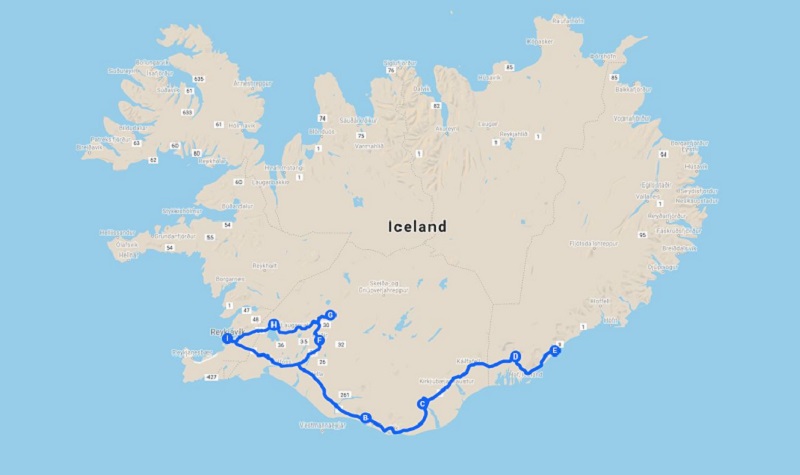 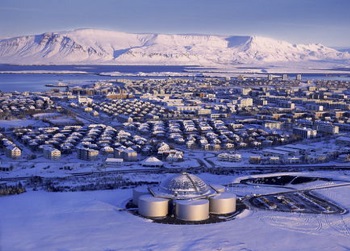 Welcome to Iceland! If you have arrived at the airport early in the day, you may want to consider heading to the famous Blue Lagoon, about 15 minutes from the airport, which needs to be booked in advance, but we can assist with that. We can also help arrange transport to your hotel in Reykjavík, which is worth exploring, especially the restaurants for your first dinner in Iceland. You could also check out one of the many geothermal swimming pools around the city, popular with tourists and locals alike. 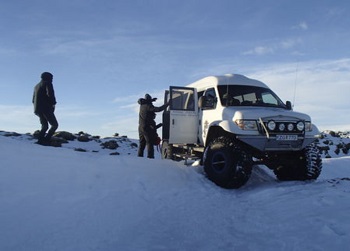 You will meet your driver-guide after breakfast, who will explain to you a brief overview of the day, as activities can vary depending on the weather. First up, is the lava tunnels, an easy caving tour of the inside of a volcano, where an ancient eruption took place; we highly recommend taking part. Then further south, as you pass rocky lava beaches and traditional country farms, you will stop at some of the spectacular waterfalls of the south, namely Skógafoss, one of the most photographed waterfalls in Iceland, and possibly some hidden waterfalls, accessible only to small groups. By the end of the day you will reach a black sand beach, where you will visit a secret natural wonder of the volcanic coast. A warm welcome of home made dinner awaits you at Hrífunes guest house, made by the hosts. Dinner will be served all together, with your guide joining you, as you get to know your fellow travelers a little better. If the Northern Lights are active then you have a chance to see them at Hrífunes, since there is little to no light pollution in the surroundings.

After a good breakfast, cross the Eldhraun lava field along a mountain road, created in the 18th century by a colossal eruption that spread ash across Europe. Marvel at the huge basalt cliffs at Lómagnúpur, and see more of the hidden gems of the south coast. You will then reach the Skaftafell area of the Vatnajökull National Park; once its own park, it is now part of the national park that covers almost 14% of Iceland. Here, you will hike Svínafellsjökull glacier, with the aid of crampons and an ice pick, to see and learn about the amazing formations of this part of the Vatnajökull glacier, Europe's largest glacier. Enjoy the famous Jökulsárlón, with stunning icebergs floating in the glacial waters of this lagoon, and seals relaxing on the shores. Nearby you will find the equally beautiful Diamond Beach, where icebergs glitter like precious stones on the shadowy lava sand. If conditions are safe then you will head to a naturally formed ice cave on the south side of the Vatnajökull glacier. Ice caves like these appear and disappear with the movements of the glaciers, so expert guides will lead you to the safest place to visit, if they are accessible. After a day truly representative of Iceland's "Fire and Ice" nickname, return to the guesthouse in Hrífunes for another comforting home made dinner with the group. 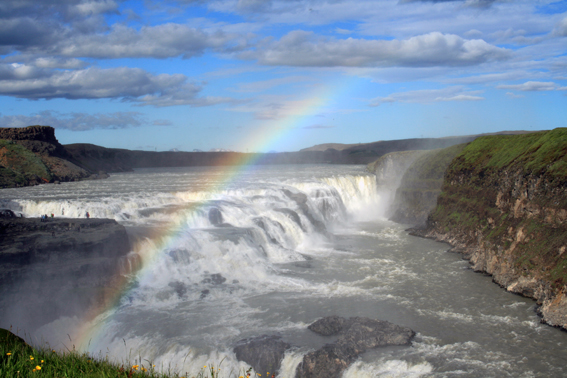 After another delicious breakfast, head towards the Golden Circle, considered by many the must-see locations of Iceland, passing by famous volcanic mountains such as the glacial volcano Eyjafjallajökull that erupted in 2010, and Hekla, Iceland's most active volcano. First stop: the Secret Lagoon, a hot-spring fed lake created by the residents of Flúðir in 1891, using the natural landscape and materials, making this the oldest man made geothermal swimming pool in Iceland. These waters are full of soothing natural minerals, which will help you to relax after the adventures of the previous days. From the lagoon you can see little mud pools, bubbling away, and a small geyser that erupts regularly. Then you will take the classic Golden Circle route, stopping first at Gullfoss, a magnificent double waterfall, that cascades 34m, or 112ft, into the glacial river Hvítá. Next, Geysir, the hot spring area, where Strokkur, the 'younger brother' of Geysir, erupts every 5-10 minutes, shooting powerful columns of hot water into the air. Þingvellir, the last of the three pearls of the Golden Circle, is the location of the ancient parliament of Iceland, the oldest in the world. Here, you will not only learn some of the history of our people, but also admire the geological formations of the North Atlantic Ridge, where the North American and Eurasian tectonic plates move apart gradually. Your guide will invite you for a last farewell meal: a taste of Brennivín, an Icelandic schnapps, and fermented shark, both traditional parts of Viking culture. Afterwards you will drive to Reykjavík, where you can spend your last evening exploring Iceland's capital. (Please note for Brennivín: minimum drinking age in Iceland is 20)

It is sadly time for your adventure to come to an end, we hope you have enjoyed your stay! If you have a late flight, you may want to continue exploring Reykjavík, or head to the Blue Lagoon for a stress free end to your trip. We recommend arriving at Keflavík International Airport approx. 3 hours before takeoff

Tour is not suitable for children under 10 years old

Please note: All bookings are subject to availability. Availability is NOT guaranteed until booking is confirmed by Nordika Travel