What to See in the Westman Islands

The Westman Islands, known in Icelandic as Vestmannaeyjar, are ever changing volcanic islands off the south coast of Iceland. A recent eruption in 1973 almost doubled the size of Heimaey, the only populated island, and an eruption in 1963 created the newest island of the archipelago, named Surtsey, so this region is a very exciting place to explore on a day trip. 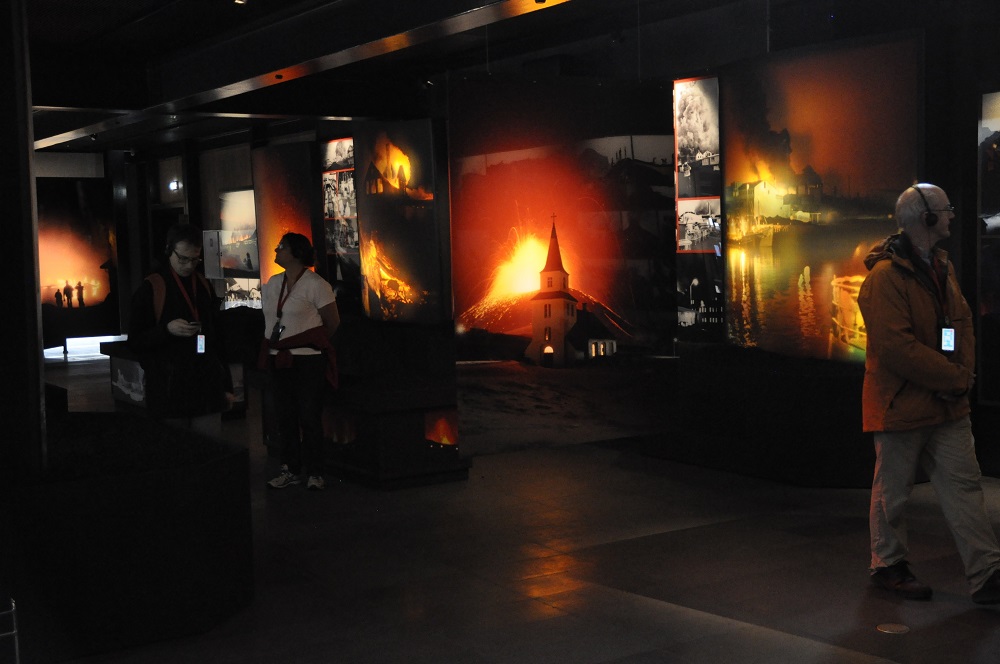 Eldheimar is a museum in Heimaey focused on the history of volcanic eruptions in Vestmannaeyjar (Westman Islands). It is built around the remains of one of the homes that was ruined by the eruption of Eldfell in 1973. Archaeologists have been uncovering what remained of the buildings, giving the island the nickname "Pompeii of the North", and the results of their discoveries can be found in Eldheimar. It is well worth a visit to learn more about the formation of the Westman Islands and how the eruptions have shaped the physical landscape and the community. The eruption of 1963 that created the island Surtsey is particularly interesting, as scientists have been using it to learn about how life develops on such a new volcanic islands, which can help us unlock the history of volcanic islands such as Vestmannaeyjar. The exhibition at Eldheimar gives more detailed information of the studies so far. 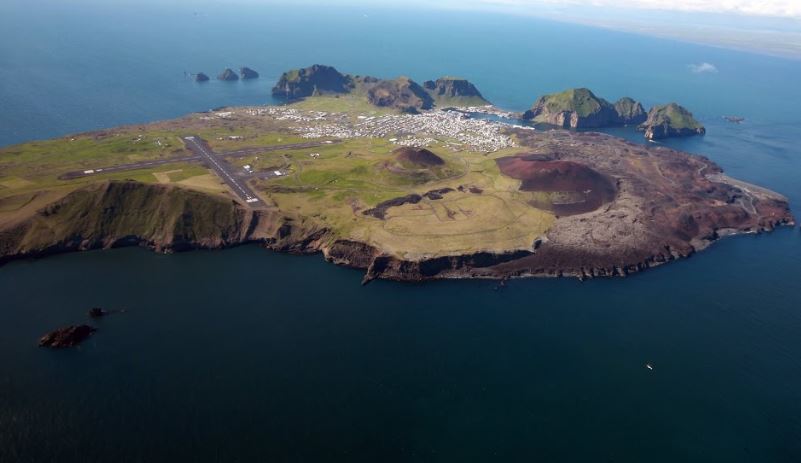 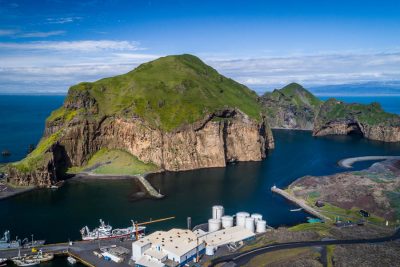 Heimaklettur, on Heimaey, is the highest point of Vestmannaeyjar, or the Westman Islands. This magnificent peak stands at 283m (928 ft) high and sits above Eldfell, one of the famous volcanoes of the Westman Islands that erupted in 1973. The climb to the top of the cliff is steep, although manageable in good conditions, with views that are definitely worth the climb. 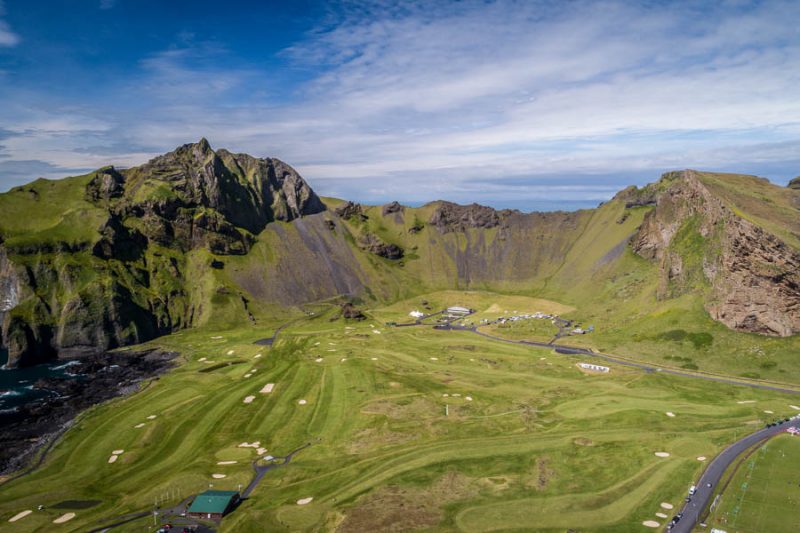 Herjólfsdalur is named after the man who is said to be the first settler of Heimaey in the Westman Islands, Herjólfur Bárðarson, who lived in the valley Herjólfsdalur, approx. in the year 900, although there is archeological evidence of earlier settlements. The ferry that travels from the mainland to the island is also named Herjólfur. 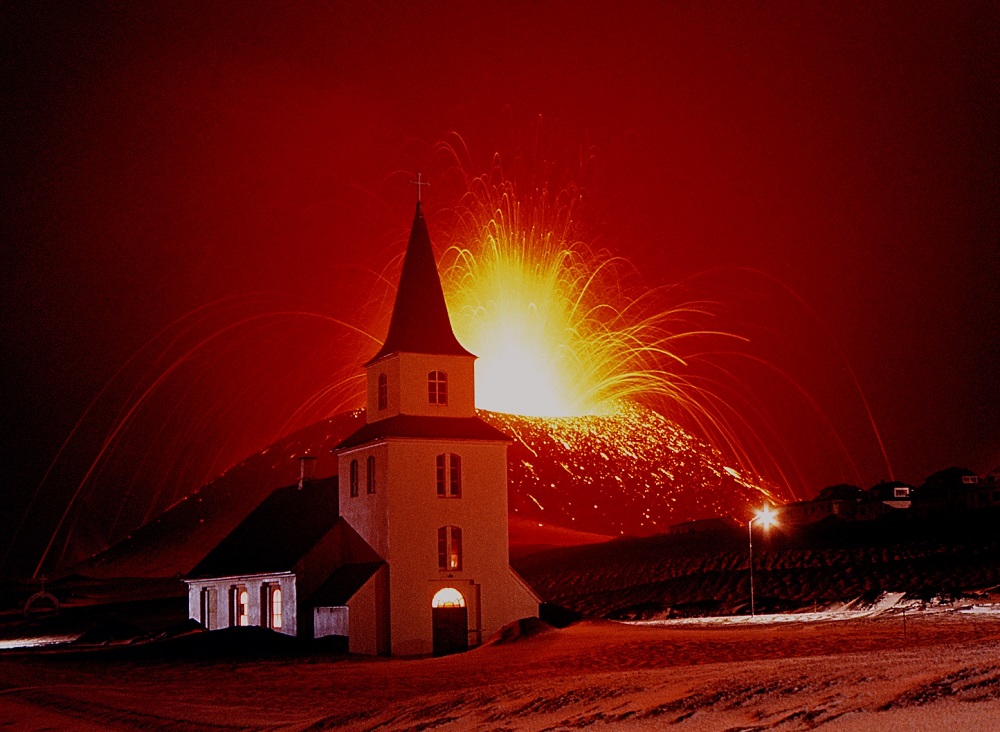 Landakirkja is the local Lutheran church and the oldest building on Heimaey; it is also the third oldest stone church in Iceland. A dignified house of God with a pulpit in the center, right above the altar. The first Landakirkja was built in 1573 but was burnt down by Turkish pirates in 1627, and the church that stands there now was built between 1774 and 1778. 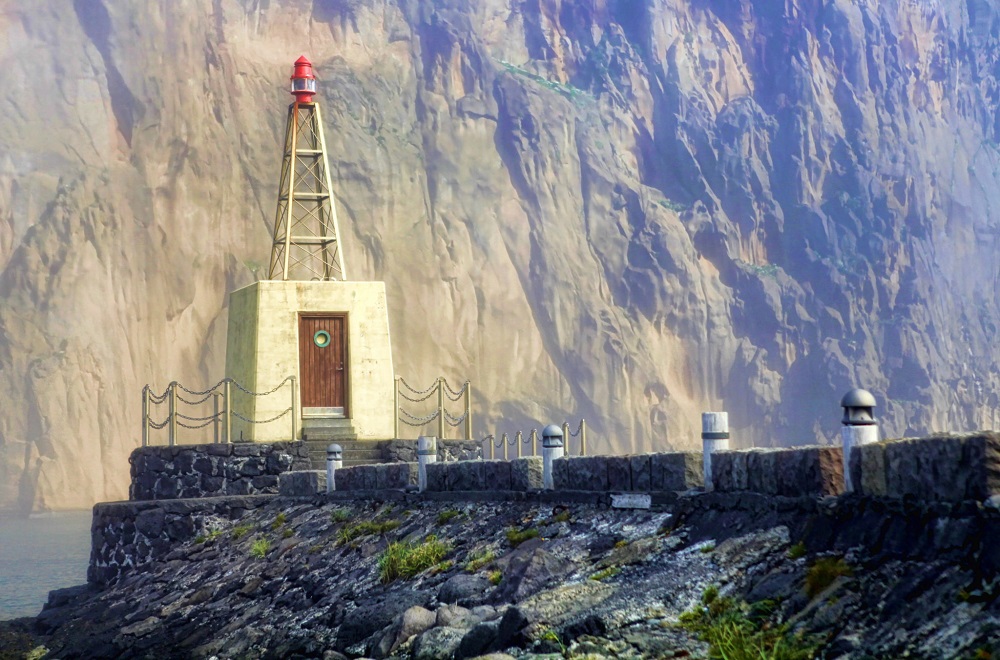 Drop by “Skansinn”, the place by the harbor where past and present meet, where the lava flow stopped in 1973. There you will find a Norse timber church, the only one of its kind in Iceland, a gift from the people of Norway to celebrate 1000 years of Christianity in Iceland, and Landlyst, the second oldest building on the islands, now housing a small medical museum, dedicated to the midwife Sólveig, who worked to save babies at a time when 3 in 4 babies on the island were dying of tetanus. Skansinn, meaning 'the bastion', was built after pirates attacked the Westman Islands in 1627 and abducted 234 people, with an armed guard ready in case of more invasions, although there are no armed guards in the present day. 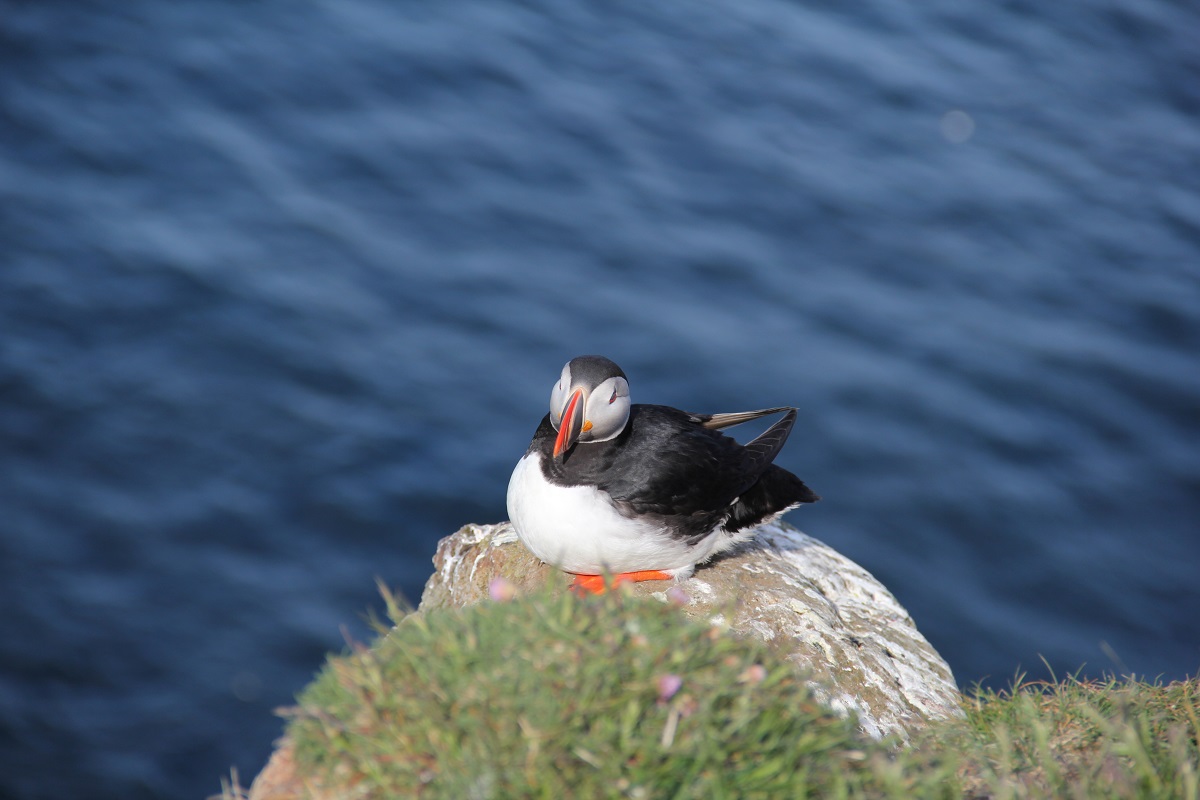 There are many places in Vestmannaeyjar (the Westman Islands) of Iceland that are ideal for bird watching. In Storhofdi puffin view point shelter you will have fantastic view over the puffins. And with the boat trips you will have an excellent view over all the seabirds of Westman Islands. Puffins are the most popular birds for general visitors to Iceland. The season is from April and August (can sometimes extend into September); hopefully no visitor should go home disappointed as Iceland boasts the world’s largest Puffin population and Westman Islands have the largest puffin colony of Europe. Real Puffin enthusiasts should make the trip to Heimaey in the Vestmannaeyjar archipelago where the influence of Puffins is everywhere.

Vestmannaeyjar, or the Westman Islands in English, are a group of 15 islands, and 30 rock stacks and skerries (small rocky islands), the largest of which is Heimaey, or Home Island, which is 13.4 square km (5.2 square miles). These islands are formed from submarine volcanic activity and the area is still quite active, with an eruption creating the new island of Surtsey in 1963, and the eruption of Eldfell on Heimaey in 1973, both of which you can learn about in the Eldheimar Museum. The islands owe much of their rich vegetation to the minerals produced by these eruptions, and the landscape of these islands formed by lava is truly spectacular. The main island, Heimaey, can be reached by ferry from the mainland, and other islands can be visited by boat. There are plenty of hiking routes along the islands, and you may spot many of the seabirds native to Iceland on your journey. The hunting of these seabirds and their eggs is a traditional part of the culture in Vestmannaeyjar, as it was one of the only available sources of food before the regular ferry began making the crossing in the early 20th century. The naming of the Westman Islands is a stark reminder of dark Viking history, as they are named after Irish slaves, then known as Westmen, who escaped there after killing their master. His brother then hunted them down and killed them in revenge. Ingólfur, the surviving brother, named an area, Dufþekja, on the Heimaklettur cliff after one of the slaves, who is said to have jumped off the cliff rather than be killed by Ingólfur.

Tours that visit this area 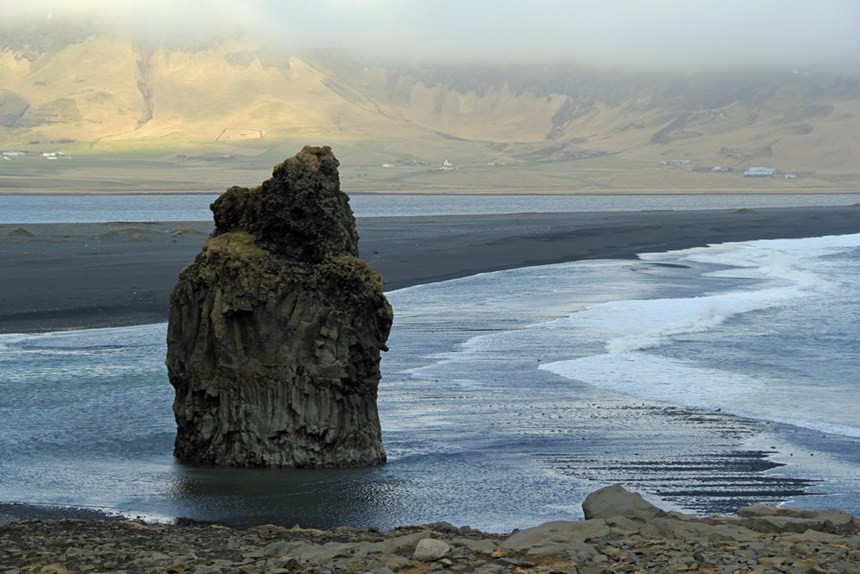 The Splendid South of Iceland

The Splendid South of Iceland 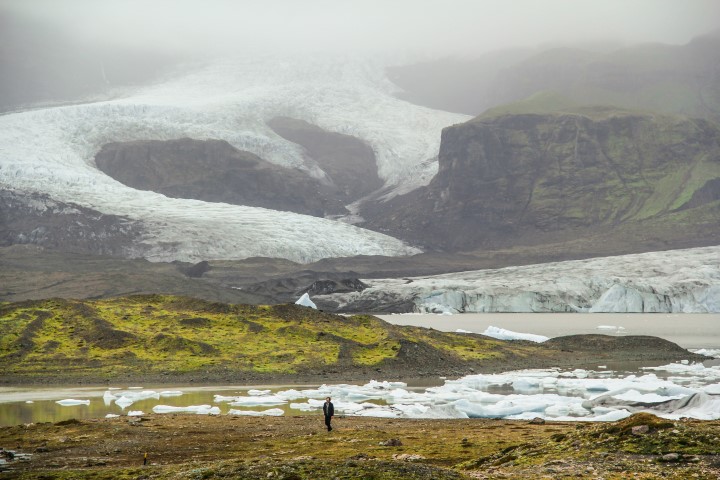 Volcanoes and Glaciers in Iceland

Our customers love us

Thanks to Laufey and Nordika Travel for making our trip to Iceland an experience of a lifetime. We hope to someday return to view the Northern Lights.

We wanted to plan a trip to Iceland so we did a google search for Iceland travel. Nordika Travel was one of the top results in the search list. We checked out what they had to offer and liked what